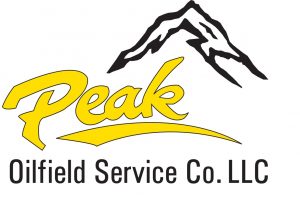 Anchorage, Alaska – Ian McCool, who previously served as project manager for Peak’s North Slope construction division, has rejoined the company as vice president of North Slope operations and development, effective October 1. In this role, he will focus on leading the North Slope team and directing all operations, planning, and execution for the region, as well as growing the company through strategic business development while ensuring the group’s field performance is aligned with Peak’s core values.

Based in the company’s Anchorage office, Ian brings more than eight years of project management experience overseeing the execution of capital projects and major maintenance projects in the downstream oil and gas and chemicals sectors in the southwestern U.S. as well as in the Gulf of Mexico. Additionally, he was responsible for overseeing construction, maintenance, and operations contracts for several major operators on Alaska’s North Slope. Prior to joining the Peak team, Ian was a construction engineer on at the Motiva Beaumont Refinery in Beaumont, Texas.

A graduate of Clemson University, Ian received a bachelor’s degree in civil engineering.

“Ian brings a depth of experience in construction, maintenance, oil and gas, and processing,” said Cody Gauer, Peak president and chief executive officer. “His knowledge in major project execution, field operations, and strategic planning, as well as his established relationships with major clients will be a valuable asset to the Peak team as he continues to grow and develop our arctic portfolio.”